Bitcoincryptography暗号
More than 1 year has passed since last update.

Ransomware is one of the malicious programs (malware), which encrypts victim's data and requests money such as Bitcoins as ransom for decrypting the data stored in their computer. Recently, “WannaCry” has become popular worldwide. However, as a simple question, if a victim sends Bitcoins as ransom, will they be able to decrypt their encrypted data? In other words, current ransomware may make them lose both money and data.
In this article, we assume that there are Alice who is an author of a ransomware and she want to get Bitcoins, and Bob who has been infected with Alice's ransomware and his data has been encrypted. He wants to decrypt the data even though he pays Bitcoins to Alice, but the following two kinds of malicious action are possible between Alice and Bob.

We show that the fair ransomware protocol to prevent these malicious actions with a high probability. Also this protocol uses current Bitcoin's property and cryptographic techniques, so it does not require any trusted third party.
In the first section I will explain cryptographic techniques which are necessary for protocol configuration, and I will introduce Bitcoin in next section, then in the next section we will consider the precondition of Alice and Bob. Next I will explain the details of the fair ransomware protocol, finally I will talk the conclusion and the references.
Note that you can get the source code of this article from here.

In this section, I explain cryptographic techniques for constructing the protocol.

$N$ is a product of different huge prime numbers $p, q$. If you know the prime factors $p, q$ of $N$, you can easily obtain a private key $d$ which holds the following equation.

Unlike symmetric key encryptions, you can restore the plaintext $x$ even if you switch the order of encrypting and decrypting. This property is used in signatures described later.
Those who do not know the prime factors $p, q$ of N, it is very difficult to obtain the private key $d$ from the public key $(e, N)$ and the ciphertext $x^e \bmod N$. If $N$ is 2048 bits or more, even attackers use supercomputers, the prime factorization takes enought time, so we think RSA encryption is safe.
Next we will describe some features of RSA encryption.

Plaintext size
At the time of encrypting and decrypting, we calculate $\bmod N$ so that plaintext must be from $0$ to $N - 1$. If you want to encrypt the plaintext whose size is larger than $N - 1$, you must divide the plaintext for each $\log_2 N$ bits.
Blind and unblind
A person who has a ciphertext can decrypt it whithout knowing the ciphertext. They blind a ciphertext and send to a person who has a secret key and decrypts it, then remove the blind (unblind).
Signature
RSA encryption can also be used for signing. Signatures are mechanisms to verify that certain data was created by a person who has a secret key (signature key) with a public key (verification key).

First, I will explain blind and unblind in detail. Now, Bob has a ciphertext $c$ encrypted by a public key $(e, N)$, Alice has a secret key $d$. But he does not want her to know the ciphertext $c$ and a plaintext $t$ which is the result of decrypting $c$.

We can decrypt ciphertexts with keeping their secret by this way.
Next I explain signatures in detail. For example, there is a data $t$, Alice wants to show that this data was created by her to Bob. She has a secret key $d$. In addition, Alice and Bob know a public key $(e, N)$ and a hash function $H$.

Alice can caliculate $h^d \bmod N$ because she only knows the private key $d$. So she can prove that the data $t$ was created with her intention.
Signatures are used in Bitcoin, but Bitcoin uses ECDSA instead of RSA because the efficiency is better than RSA. Nonetheless, in ECDSA we need not change the process of signing the data by a private key and verifying it by a public key.

Assuming that Bob has a data $c$, can Alice calculate the result of applying some function $f$ to the data $c$?

Alice wants to prove that she can calculate $f(c)$ to Bob, but she does not want Bob to know the details of the function $f$ and the result $f(c)$.

We consider how they prove by this protocol. In (3) Alice does not know what the value is in the Real Values or the Fake Values. We assume that Alice cheat, using another function $g$, and now she caliculates the following manner.

However, in (9), if $\beta_i$ is one of the Fake Values, Alice must publish the symmetric key $k_i$ and the results of applying $f$ to Bob. Thus Bob knows that Alice did not calculate correctly. Indeed Alice applies $f$ only to the $n$ number Fake Values, then she applies a different function that is not $f$ to the $l$ number Real Values. But a probability of Alice's cheat to be successful is only one in the combination chosing the $n$ number of data from the $n + l$ number data. Therefore the probability is as follows.

So by setting $n$ and $l$ properly we can extremely reduce the probability of her cheat's success.
Also, when Bob uses the data $c$ falsely for the Fake Values and sends these to Alice, Bob gets the result $f(c)$ in (9). In order to avoid this Alice publishs a symmetric key $k_i$ after she verified the Fake Values sent from Bob in (7). This also prevents Bob's cheat.
This cut-and-choose protocol does not perform on any functions $f$, but it works very well with RSA encryption.

Bitcoin is a currency, unlike US dollar, which it does not have a central bank. Instead of a central bank, Bitcoin uses a blockchain, which is a ledger of transactions. The blockchain is managed by many people who are called miners. Miners verify each transaction. Only a transaction is verified successfully, it will be added to the blockchain. Anyone can become a miner and receives Bitcoins for verifying transactions.
How do the miners verify a transaction? They run programs called scripts which are included in the transaction. The script is a very restrictive non-Turing complete stack-based programming language, which does not include loops and recursions. For example, consider the following script.

This works as follows. For the sake of clarity, we also show that the state of the stack after run each step.

Therefore, the final result of the execution of this script is $\SOne{4}$.

Unless the result of running scriptSig and scriptPubKey (eval) is $\SOne{0}$, the transaction $\textrm{Tx.2}$ accepts and will be added to the blockchain. We will consider that Bob sends 1 BTC which given from Alice as shown in the above figure. In addition, $\mathcal{B}$ is a public key that corresponds to Bob's Bitcoin address. scriptSig of $\textrm{Tx.2}$ contains Bob's signature $\mathbb{S}$ and his public key $\mathcal{B}$ as follows.

After run this script, the stack are $\STwo{\mathcal{B}, \mathbb{S}}$, and then run ScriptPubKey the transaction $\textrm{Tx.1}$. This scriptPubKey is as follows.

The result of running this script under the stack $\STwo{\mathcal{B}, \mathbb{S}}$ is as follows.

Bitcoin miners will accept the transaction if the result of the scripts is $\SOne{1}$, which means that $h = H(\mathcal{B})$ and the signature $\mathbb{S}$ is verified by the public key $\mathcal{B}$. Common Bitcoin transactions are done in this way.

Before describing the fair ransomware protocol, I will talk about Alice and Bob. Bob had data $t_1, \dots, t_m$, then they have been encrypted with a public key $(e, N)$ by Alice's ransomware. Now Bob has $c_1, \dots, c_m \; (c_i := (t_i)^e \bmod N)$. In addition, Bob knows the public key $(e, N)$ that was used in encrypting1. Alice requests $x$ BTC as ransom for decrypting the Bob's data.
And Alice needs to think as follows.

She will decrypt at least one amang encrypted Bob's data $c_1, \dots, c_m$ for free.

Why is such a condition necessary? Alice was able to execute arbitrary programs like ransomware on Bob's computer. Using the protocol described in the later section, Bob can decrypt his ciphertext by sending Bitcoins to Alice. However, Bob cannot decide whether the ciphertext is the result of encrypting the data stored in his computer, or the data created by Alice using random numbers. So Alice needs to decrypt at least one data for free, prove that Bob's ciphertext is the encrypted data originally stored in his computer. From this condition, the following condition are also derived at the same time.

Bob can determine whether at least one data amang $t_1, \dots, t_m$ ware stored in his computer or not.

We will construct the fair ransomware protocol. This protocol consists of Phase 1, Phase 2 and Phase 3, and it is executed in this order. If any phase fails, the deal will be canceled immediately.

In this phase, Bob will make sure that Alice can correctly decrypt a ciphertext $c_i$ specified by him.

First, Bob blinds the ciphertext $c_i$ in (1). It means that Bob makes Alice not know what ciphertext he tries to decrypt. If Bob sends the ciphertext $c_i$ to Alice to decrypt, in (2) she can return Bob's data which she stole from his computer in advance. In order to prevent this, Bob needs to blind the ciphertext which he wants to decrypt.
If Alice left the $i$ number data which Bob cannot decrypt amang all date $t_1, \dots, t_m$ as her cheat, in this case, the probability of this to be successful is the number of cases that Bob chooses other than $i$ number data, so it is as follows.

Alice's cheat will be successful if $i$ is small relative to $m$, but it means Bob can decrypt a lot of data.

In this phase Alice will prove that all ciphertexts that Bob has can be decrypted with the same secret key by the cut-and-choose protocol. First, a prover Alice who wants to prove the proposition and a verifier Bob who wants to verify the proposition have the following knowledge.

Alice wants to prove the following.

A preimage $k$ of a hash value $H(k)$ equals to the symmetric key $k$ for decrypting the ciphertext $s$.

Alice can prove that the ciphertext $s_i$ is the result of decrypting $c_i$ that is encrypted by her ransomware with the symmetric key $k_i$ and $k_i$ is the preimage of the hash value $h_i$ with a high probability.

In this phase, Bob sends Bitcoin to Alice and Alice publishes the secret key at the same time.

The transaction $\mathrm{Tx.1}$ scriptPubKey is run as follows under this stack.

In this way the scripts will be successful.
In addition, by this scriptPubKey if miners fail the comparison of the hash value $h_1$, they will run else-clause (from $\texttt{OP_ELSE}$ to $\texttt{OP_ENDIF}$). By this else-clause, Bob can withdraw the $x$ BTC after a while even if Alice disappears after (1). Bob may make a transaction $\textrm{Tx.3}$ after the length of the blockchain increases more than 100 than when he has send the transaction $\textrm{Tx.1}$. Bob sends $\textrm{Tx.3}$ that has the following scriptSig using Bob's signature $\mathbb{S}_B$ to get back his Bitcoin.

When miners run the transaction $\textrm{Tx.3}$ scriptSig the stack is as follows.

The scriptPubKey of the transaction $\textrm{Tx.1}$ will be run under the stack in the following manner.

In this way, Bob will be able to withdraw Bitcoins.

Thank you for reading this article. Your comments, problem reports and questions are very welcome!

This article says Zero-Knowledge Contingent Payment (ZKCP) and its application. The ZKCP allows us to exchange a preimage of a hash value and Bitcoins at the same time. It is exactly what we used in the fair ransomeware protocol. This paper says about the fair mixing of Bitcoin using ZKCP. If you are interested in ZKCP, you try to read these articles. 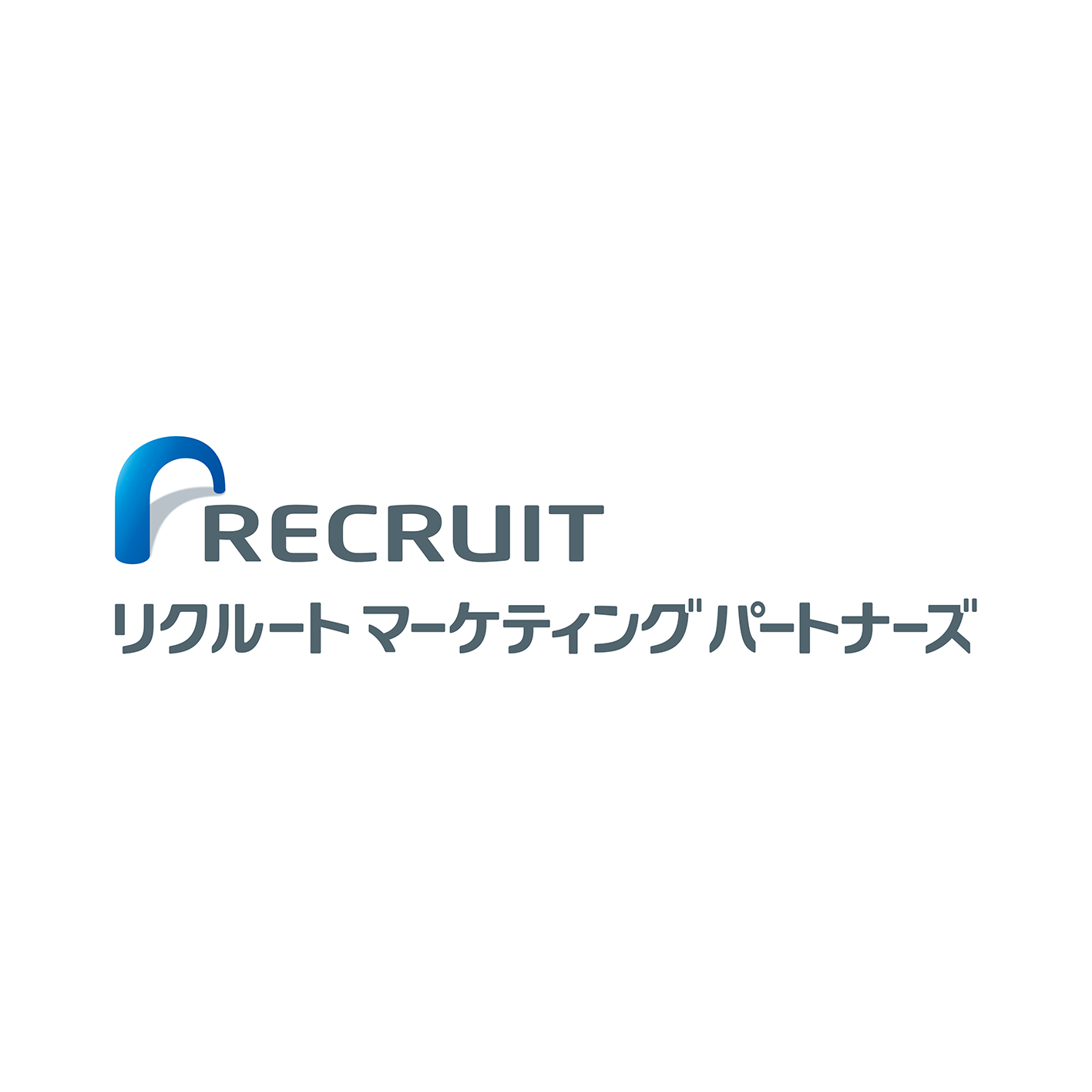