Dogelog Runtime, Prolog to the Moon

We got recently interested in the JIT-ing capabilities of JavaScript. So we set sail to write a take on the Albuferia Prolog Interpreter. The result is a first cross compiler, that compiles Prolog with Cut into JavaScript arrays that can then be executed by the Dogelog runtime. 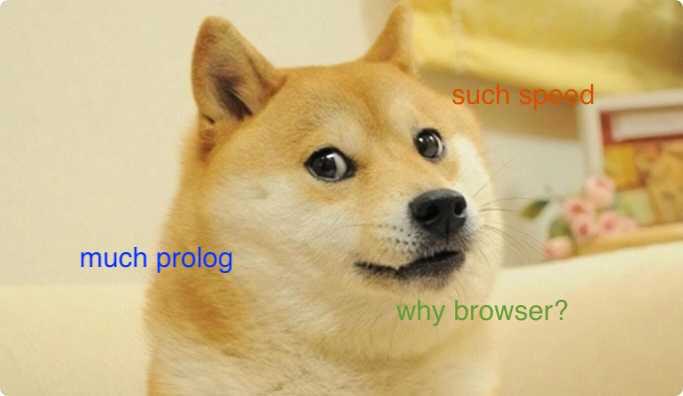 The point of departure was the following paper:

The compiler goes also into length to compile tail recursion in a smart way. We didn't implement this part. But we provide a already the cut and a primitive trail garbage collection. Built-ins on the other hand are not yet provided.

The compiler is currently a cross compiler. One needs to use another Prolog system and run the Prolog program through it. In the future we might let the browser do that, but currently there are the following files that perform the cross compilation:

From within Jekejeke Prolog the cross compiler can be invoked as follows:

When implementing the solver we replicated the Jekejeke Prolog engine with its two modes "call" and "redo". This is a loop that fetches goals from the goal list during when in "call" mode and jumps to choice points when in "redo" mode.

We were currious how Dogelog compares to TauProlog. So we were running Peano factorials which stretches the tail recursion and garbage collection of any Prolog system. The test files were: 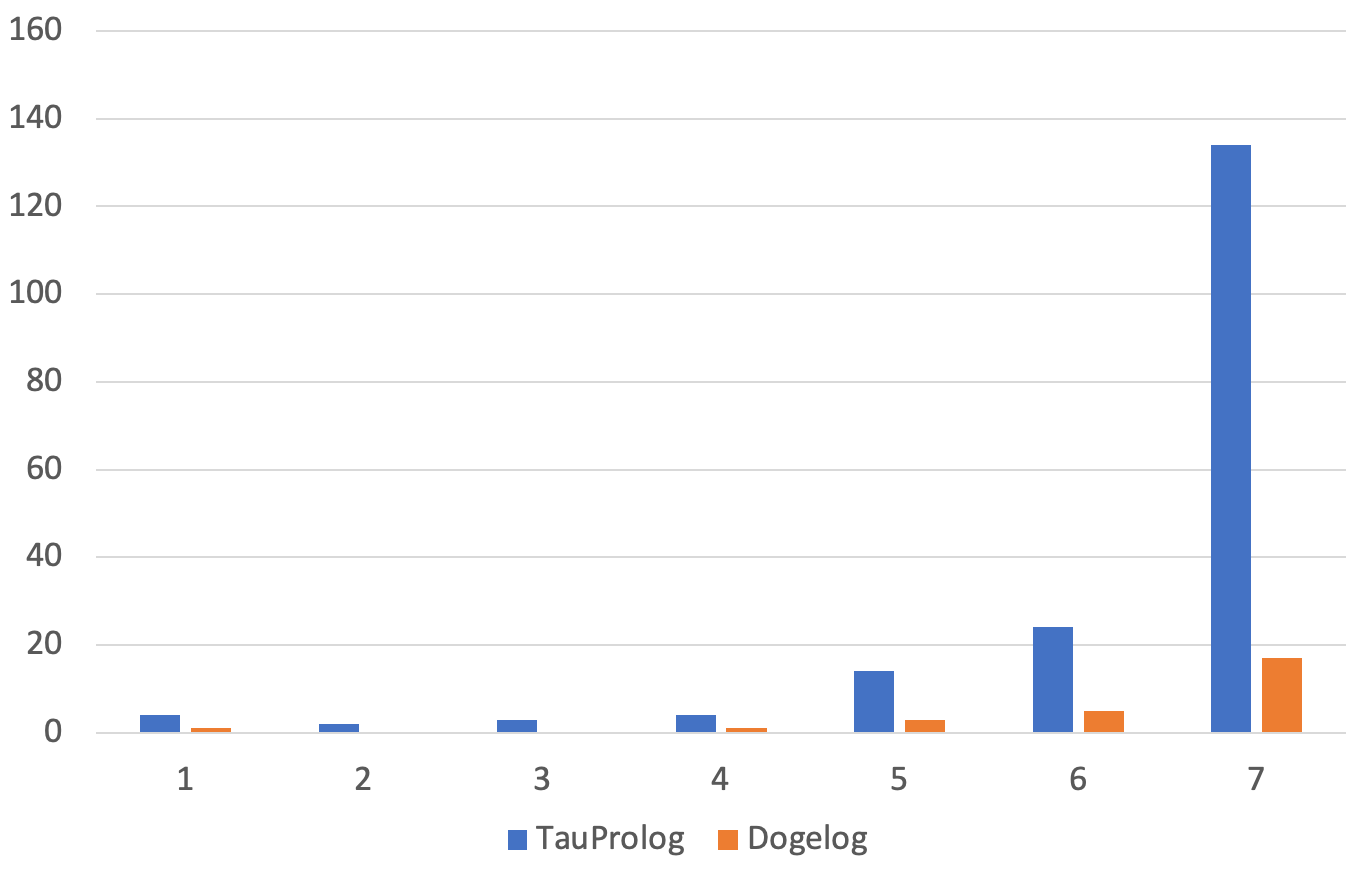 We are mostly interested in the JIT-ing capabilities of JavaScript. So we will need a future version of Dogelog that compiles closer to the metal, either JavaScript code or even maybe Webassembly code. For this project we will have to look again at the many ideas from the Albufeira instruction set.